THE PROS AND CONS OF IT 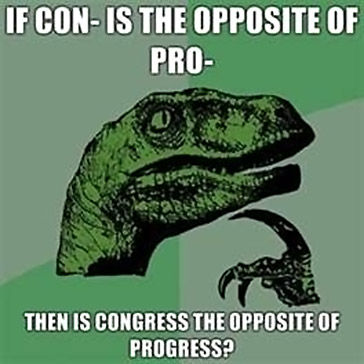 As it stands Congress is basically in charge of “Indian Policy”-it is they who author legislation and manipulate treaties under what is referred to as the Commerce Clause in the Constitution.

It is a fundamental truth that entering a treaty is an admission that the parties involved are Sovereign entities, and as such have undeniable rights.

The Supreme Court upheld this premise in 1905 when it stated treaties agreed upon between the U.S. and any of the nations are ” not a grant of right TO the Indians, but a grant of rights FROM them-a reservation of those NOT granted.”

That is about as clear a declaration as possible- yet previous and subsequent decisions, legislation, interpretations, and outright chicanery have undermined the concept of sovereignty.

During the Revolutionary period the then existing Continental Congress composed of the original thirteen colonies found an efficacy in dealing with the various nations diplomatically-nation to nation.

This was done in part as a strategy to persuade the nations not to join the ranks of the British, but to remain neutral during the dispute, or assist the revolutionary forces.

In 1781  the Articles of Confederation were adopted with a spate of new treaties being signed-the “drawback” for the new government was that the Articles of Confederation didn’t specifically grant complete authority to Congress to negotiate as a single representative agency with the nations, the result was that the states entered various treaties thought to advance their interests that created what were viewed as problems by their neighboring states.

In an effort to circumvent States rights  and create a unified code Article 1 of the U.S. Constitution declares that the U.S Congress is singularly empowered to negotiate treaties with nations in the following edict….that Congress has the authority “to regulate Commerce with foreign Nations, and among the several States, and with the Indian Tribes.

The Supreme Court dutifully upheld this provision-but I would ask what “commerce” exists in confining a people to a reservation, instituting the separation of children from their families to attend “school”, outlawing various ceremonies, or not granting citizenship to them until 1924? Is it the commerce of slave trade?

In 1789 Article 6 of the Constitution proclaimed that ALL treaties entered into by the U.S. “shall be the supreme law of the land”

An onus was placed upon the Government by these Articles and rulings to respect the sovereignty of the nations and to deal with them fairly on the basis of government to government-an onus always circumvented and falling prey to greed and a policy of expansion.

A policy “legitimized” by the Doctrine of Manifest Destiny.

There isn’t enough room in this blog to cite every law, every bit of legislation, betrayal, and outright theft-but one need only to read the Articles cited to understand the crimes committed against what was referred to as the supreme law of the land, and the people and issues  they meant to address.

It is not my belief that the treaties, nor the Constitution will ever be upheld as originally written-what will, has, and is eventuating is the ongoing process of “interpretation”, revision, and cash settlements-cash settlements whose acceptance is based on a fatalism that it is the best that can be done, and existing poverty.

This so called Commerce Clause has been employed as a device to circumvent the sovereignty not only of the nations but of all people-and I would submit a review of the clause itself is in order.

I’m not a Constitutional authority, don’t belong to any think tanks,no college degrees to hang on the wall or boast of, or even a high school diploma, I have no advice for OWS other than to stay the course-I can offer no “profound” wisdom regarding matriarchy-haven’t and won’t “endorse” any candidates, don’t make the talk show rounds huffing and puffing or alternately railing and weeping, never written a book, offered prayers for a price, established any faux republics, or made a career of calling for “donations”.

I have no commercial products to offer-none that whisper or are sweet to the palate,no DVD’s, no price tag to advocate on behalf of another- but neither have I abused a woman or ran off and left one when there was trouble,used or sold drugs, introduced alcohol to ceremonies, or ever sought to give myself a title-so if these things are qualifications to speak I guess I have none, but that isn’t going to silence me.

I can read and understand what I read, I can see and know what it is I am seeing, hear and comprehend what is heard, in so doing I see the course this nation has chosen, and what the effects have been.

The law of the land is that which best serves the one percenters, best serves corporations, and the farther down you are on the socio-economic ladder-the less “service” you will have-the less respect, the less sovereignty.

Even at the hands of the one percenters within the nations who have either individually or as a group done all of the above….and more.