FRANKLIN, THE KEEBLER ELF, AND A “CHRISTIAN” NATION 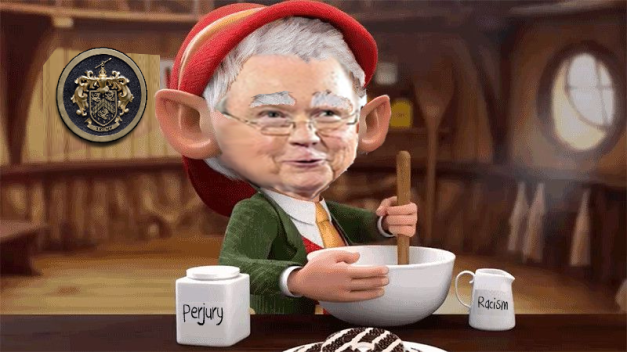 Was it your Christian god that enacted genocidal “laws” in this land, in this hemisphere as a means to an end, to establish “order” ?

How about slavery, afro americans being bought and sold, their families being torn apart, or the “schools” our children were sent to ………God authored?

Franklin Graham after months, years even has put on a pair of big boy pants and finally, uncharacteristically, actually raised his voice against this administration’s policy – actually spoken as the Christian he proclaims to be…….. well welcome to the human race Franklin.

How long before you “backslide” into the Trumpian Evangelical herd to bleat anew about how the “lord” has chosen Trump?

I read elsewhere a day or two ago that when the children, over fifteen hundred of them to date are taken from their parents the parents were told it was all about giving them a bath and new clothes.

Is it just me or does that sound a lot like the death camps in Nazi Germany or the “boarding schools where our children were taken ?

Christians and a Christian nation? Bullshit.

A nation that wasn’t satisfied with killing our children or kidnapping them and as yet to learn a single damn thing from it’s own shameful history.

2 comments on “FRANKLIN, THE KEEBLER ELF, AND A “CHRISTIAN” NATION”