” Seven days. Seven black and white photos of your life. No people. No explanation. Challenge someone new each day”. I was challenged by Photogate 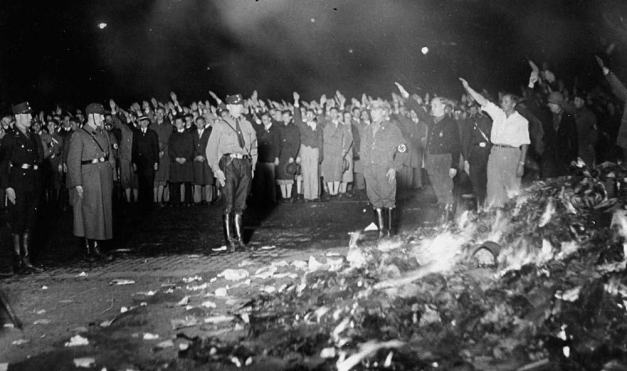 Yet at various time both wax patriotic and invoke constitutional rights like freedom of speech in an effort to restrict it and freedom of the press.

That would be what they interpret as being their freedoms to impose their speech, will, and opinions on others.

If they’re so ashamed or afraid of history as to attempt to obscure it then they should consider that today and what they do will also become the past, a part of history others will seek to obscure in what then becomes an endless cycle of suppression.

Shades of 1984 with word and thought police on both sides of the aisle and neither having a legitimate leg to stand on.

Having finished these the curriculum should expand to include The Hank Adams Reader and perhaps the greatest American novel ever written, To Kill a Mockingbird.

Is “education” to be about children being informed and developing a world view or thought control?

Here’s a question for the “civic” minded and the “love it or leave it” patriots – is this the America you’re voting for? The America you want?

Is this the nation that can with clear conscience promote itself on the global platform as being a champion of human rights?

If you have answered yes to any of the above I recommend you read three readily available books and update yourself on current events and their meaning:

Having read any one of them then consider events such as the DAPL protest and the farce of the current election or Citizens United.

If you’re a “constitutionalist” ask your self if this is what it’s all about?

A nation, any nation that won’t honor the precepts of it’s founding documents opting to place corporate interests above those of it’s citizens is neither representative nor a champion of human rights.

This is a country that will go all out to protect animals making the abuse of them a crime and rightfully so and yet will look away when people are abused or something so basic a right as a clean environment, clean water, clean food, and even elections become the issue.

I remember reading once about the U.S. invasion of Panama after kicking their one time boy Manuel Noriega to the curb – Noriega holed up in the presidential palace I believe it was and the U.S. military employed the same tactics that are being used against the protesters – lights, loud noise, and intimidation.

The question here is are American citizens to be treated in the same manner as a drug dealing dictator, and if so where does it end?

The U.S. showed the same disregard for the sovereign nation of Panama as they are the alleged sovereignty of our nations whose only concern is guaranteeing the safety of water for themselves,their children, and protecting sites that are sacred to us.

Not everyone can afford to drink imported bottled water.