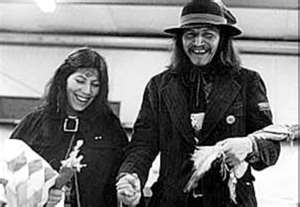 Nogeeshik Aquash- kind of the forgotten man in all this, relegated to little more than a footnote due in  part I think because the marriage to Annie was short lived and  following it’s demise he more or less dropped out of sight.

Bottomline are the suspicions that surrounds his death, and the suspicious and perhaps familiar  cause of it-an untimely death as a wheelchair bound man resulting  from a fire in his home and his inability to escape it.

Home fires in themselves aren’t an uncommon event, but what arouses suspicion regarding the one that took Nogeeshik’s life is twofold- one that he had made recent calls to family members that he knew who was responsible for Annie’s murder, and two, AIM had an established affinity for not only fire but making people disappear.

So who was Noggeshik Aquash?

To begin with he was an Ojibwe artist from Walpole Island,Canada who like Annie had a desire for something better for indigenous people-a desire that took them both to Boston where they met and entered into a relationship.

In 1973 they traveled to Pine Ridge and participated in what has become known as Wounded Knee 2. It was during this time that they were married in a traditional ceremony performed by a Lakota elder by the name of Wallace Black Elk.

There a few anecdotes and what may amount to unfounded rumors around that speak to the relationship as being an abusive one-I can’t speak to that but offer the below for what it’s worth.

“Anna Mae was strong-willed and knew karate. Would she have willingly allowed herself to be beaten and raped? One of her sisters told a story of a physical fight between Anna Mae and her husband Nogeeshik. She went to see what the ruckus was about. She came back saying that it was an equal fight. Anna Mae was giving as good as she got.”

So in the end we can only wonder-wonder about a history of fires associated with AIM members and those who stand in opposition-fires like the one that took John Trudell’s family-fires like the one at Tim Giago’s newspaper following AIM related articles that weren’t exactly favorable-the fire at Nogeeshik’s that took his life-the fire at Paul DeMains NFIC/ICT office and RV,  the latest at a new Wounded Knee museum in Wall, S.D., and earlier the multiple acts of arson at WK2.

Nogeeshik deserves more attention than he has received -the mere fact that he said he made a discovery concerning Annie’s murder and to die shortly thereafter following that warrants another look-warrants a second, third, and fourth look.

The possibility that his was another AIM Reign of Terror Resmur cannot be dismissed out of hand.

Anyone who can add any additional information about Nogeeshik feel free to do so. 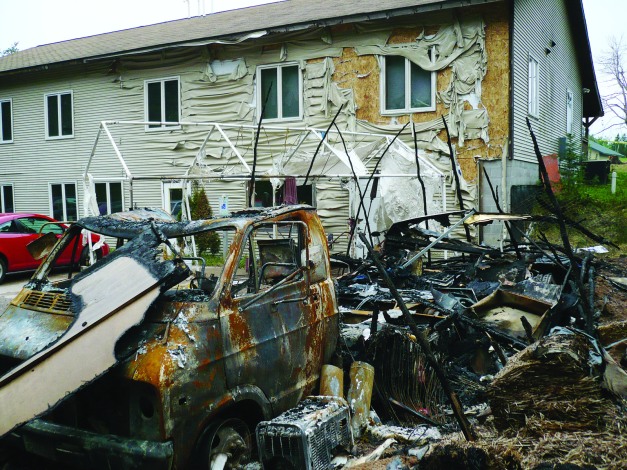 Paul DeMains reputation isn’t that of a shrinking violet-in fact one might say it is more that of a rez dog who when having gotten hold of something won’t let go.

That of course has led to howls of foul play and names like fed, sellout, and apple being tossed around, but one needs only look at their source of origin and what sparked them to understand the intent.

It’s relatively easy and a part of human nature to speculate, to draw comparisons between past events and current events.

Perhaps that’s what makes the recent fire that appears to have targeted DeMain, and the ICT offices even more troubling in drawing comparisons-comparisons not based on whim but validated by their shared commonality.

Arson has a history among others things as being an implement to silence, intimidate, and even murder at times- a history that includes criminal organizations like the Mafia and AIM.

The more notable examples are those of the fire bombing of Tim Giago’s newspaper after taking AIM to task, the fire that took the lives of John Trudell’s family, Nogeshick Aquash, Annie’s former husband, who lost his wheelchair bound life as a result of a fire in his home after notifying family members he had discovered who was responsible for Annie’s murder, and now this-this and the fascination with fire and bombs of certain elements within AIM.

Something else that gives pause is as I understand it a suspect in custody and others still being sought were not so long ago in a detox center in Minneapolis in proximity to AIM command central….just saying, and not  interested in hearing Russell whine about “pockets of illegality” as he did at CWS.

Investigative techniques and tools are much more sophisticated now in comparison to those available at any other time, so I’m of the opinion that this is a crime that will not take decades to solve-that and the fact that any involved in the physical act itself could strike a bargain to mitigate their situation should be a concern for others if this was something other than a random act.

Fortunately there was no loss of lives or injury to any.