There are a variety of issues people may express an opinion about and then sit back waiting for others to address the issue – net neutrality seems to be one of them.

The only people advocating for doing away with current regulations are corporations, those who view it as another revenue vehicle and control mechanism to “tailor your browsing experience.”

So intent are they that bots have apparently been employed to weigh in in support of rigging the game once again.

People should be asking themselves why other countries, a host of them in fact, have better faster cheaper internet service? Why other countries show more concern about privacy issues and enact laws to that end? Why this country won’t do likewise?

The answer is more than obvious to me, and that is it isn’t so much a matter of Capitalism but a Capitalism predicated on gluttony that doesn’t give a damn about anything but increasing the take.

Inertia isn’t a solution, especially for those whose entire existence seems to revolve around being “connected” – and they will be the ones who complain the loudest when their access begins to cost more for less for the singular reason they left it to others.

If a person can spend hours on the net “browsing” or on their cell phone texting it seems to me they could take a few minutes to contact their representatives and the FCC expressing their opinion.

Granted an update might be missed in those few minutes about whose doing who or what some celebrity wore or said but it will be time better spent and seriously more productive. 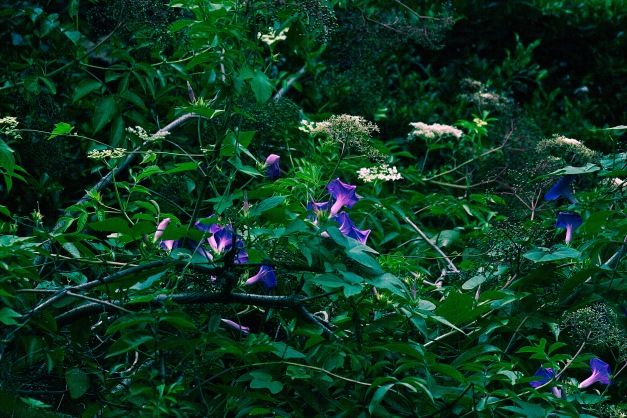 It’s rewarding, even inspirational to awaken in the morning and look out the window or step outside with a cup of coffee and a biscuit to be greeted by a burst of color.

Embrace it and it becomes a tone setter for the day – having experienced both sides of the spectrum I can attest to the benefits.

Maybe my love of color began with the efforts of my mother who inspite of living in the world of the disenfranchised always found a way to add some color in the gathering and planting of flowers and things that bloomed.

And added attraction was that color attracted butterflies, bees, and birds who expressed their appreciation in song.

All of which are under attack by the current administration – what we’ve been able too experience is less that what our parents did, and if people don’t take a stand for the environment their children will experience less than we have.

Money means nothing if you or they live in a waste land bereft of clean babbling brooks, hillsides covered with wildflowers, national parks, and the sound of birds singing.

Decades of a hard fought often contested and begrudging incremental approach to conservation and environmental awareness beginning with Teddy Roosevelt who created the first national parks giving meaning to conservation as he advocated against corporate indifference and influence to the current administration that seeks to wantonly undue every gain made with the stroke of a pen while stacking the administration with those who harbor corporate interests.

Really America, is this what making the nation great is about?

If it’s about American exceptionalism and global leadership how about setting an exceptional example by working for a cleaner better environment?

How about setting the example of creating a positive legacy for those generations that will follow?

This administrations priorities are to create avenues for an even greater exception for the wealthy and corporations to increase their wealth and influence.

A draining of the swamp isn’t what is occurring, it is being systematically enlarged.

If the truth offends the onus is on the offended or the timid who look away, not the one who speaks it.

In the first photo I see something more than color, I see diversity, a diversity characterized by an unflinching directness of purpose and a common goal.

Excellent commentaries about Hillary Clinton, the woman of a thousand faces and always late to the table. 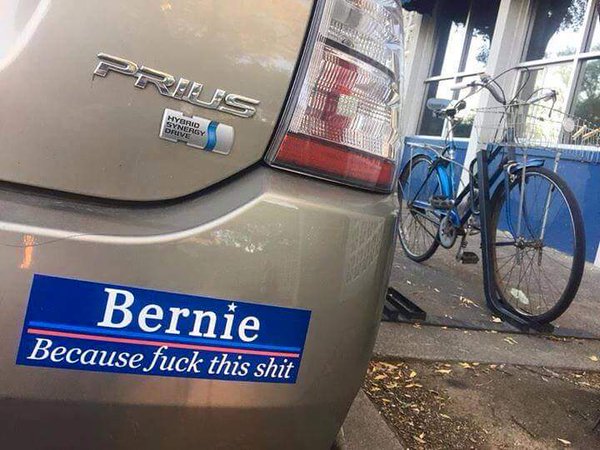 The establishment, corporate owned media, and national political committees like the DNC and RNC anoint a candidate and once having done so do whatever they can to undermine the candidacy of others within their party.

Far from being a new or novel approach there exists a long systemic history – the label of choice seems to always have been “radical”.

In the current campaign cycle “socialist” has become a part of the narrative with a thinly veiled attempt to equate democratic socialist reforms with communism – which is far from the truth.

Radical change is exactly what’s needed in this country, from campaign reform to walking back corporate influence and control, ad finitum.

Change though often called for seems to frighten people, the known being better than the unknown.

Such a fear serves to guarantee every existing inequity and rather than fear people should make the effort to empower themselves by doing the math rather than accepting sound bites at face value.

Hopefully the included link will serve that end and also inspire the reader to look a little deeper – to be their own person and in doing so cast their own vote rather than act as proxy for the anointed establishment candidate.

Bernie Sanders unlike Trump doesn’t present a threat to the well being of the nation, his “radicalism” is one of positive change.

In light of existing realities I submit mainstream opinions differ greatly from the mainstream of governmental representation, and that is the underlying problem.

Apologies for the language in the second photo related to the bumper sticker for those who may find it offensive – I’ve posted it before in another blog and it echoes my sentiments exactly.

HOLD THEIR FEET TO THE FIRE

Public funding of elections may be the single most important step that can be taken to achieve campaign reform and turn this country around.

I’ve previously blogged about this but as the electioneering ramps up time to again.

Politicians aren’t inclined to be supportive of such reform, they may drone on about it as is their way but one need only look at their lack of willingness to legislate meaningful reform to understand they’re in used car salesman mode when doing so.

People have railed against the SC’s ruling referred to as Citizens United, and well they should as what that ruling amounts to is further empowering corporations to purchase elections.

What it also does is illustrate the extent of a corporate influence that reaches into the chambers of the SC.

Public funding isn’t a monumental task, it could easily be affected by directing a small portion of tax money in that direction that would be augmented by a cap on individual public donations.

Those who think it’s well and good to allow corporate money and influence into the process will immediately respond that such an idea isn’t viable due to the cost of campaigns while ignoring this associated cost is the twofold in nature.

Campaign donations have become the equivalent of an arms race, the direct result of corporate funding and the acquisition of media time for placing ads etc.

If the FCC can mandate public service announcements then they surely could do likewise when it comes to providing air time and equal access to candidates as a public service.

What ensues is a massive reduction in campaign costs and the assurance that the media remains neutral when it comes to access.

The facade of presidential debates is in need of a major overhaul as well – formerly NOW, the National Organization of Women organized and conducted these debates, but that all ended when BOTH parties decided it was time to change all that into what they considered to be a more user friendly safe zone.

How did they go about this? By JOINTLY conspiring and agreeing upon the nature of the format and providing guidelines as to what would be acceptable and what would not be.

Public access to these so called debates is restricted to what must be a pre approved audience and questions are vetted prior to being asked.

Now for sure you can bet corporations would raise hell when their ability to influence was terminated, as would the media over their lack of incoming revenue, but the sole consideration should only be what best serves the public – that would be the public the government whose alleged duty is to serve.

Treaties are often sought after to curtail an arms race, to reduce the number of weapons for the very real threat they represent, and although the U.S. has a sorry record of adhering to treaties it’s entered into the time has come for a treaty to exist between the people of this nation and an out of control election process fomented by politicians, corporations, and the SC.

A treaty that clearly states “as long as the grass grows and the rivers flow” elections and their outcome will be the sole province of the electorate – and this time hold their feet to the fire if necessary to insure such a treaty would remain intact.