Some people just command respect due to their character and the way they carry themselves.

One such woman is a grandmother who with a smile on her face told me she remembers carrying me in her arms and singing to me when I was a little one but there’s no way she could do that now.

As fine and good a nations woman as you can run across – grounded in all the right things without an ounce of pretense.

I doubt she knows who Brangelina is and if she did wouldn’t go on the internet professing a broken heart that they’ve split the sheets – if she were to go on the internet and see a Kardashian selfie I believe she would be embarrassed for the poster and find the compulsion unfathomable.

Call that “old school” or what you will but she has a sense of what is important and what is not, and none of that figures into it.

This is a woman who gives and could care less about receiving attention for a good deed understanding that it is the deed that has value and not the attention.

Politically correct? Well you might say so depending on interpretation as she isn’t inclined to maliciousness and cares about the feelings of others, but at the same time will speak her mind believing honesty always trumps deception and will only tolerate a certain amount of foolishness.

I saw her double up her fist and put a man on the ground once for pushing a five or six year old child and saying “get that goddam kid out of the way” – that kid was me.

I may be taller than her now but in her presence I am always looking up, and it is a privilege to do so. 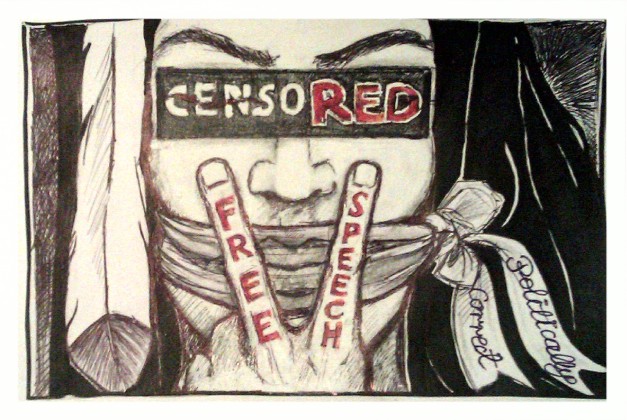 There’s been an ongoing effort for decades to fashion an indigenous version of political correctness within the communities themselves-and I believe it’s authorship can be in large   part linked to AIM for the reasons and examples to follow.

In this version it is forbidden to address the real time issues -those issues of crime, rape, gangs.

Drugs and alcohol abuse fall into a different category as they are seen as vehicles to express one’s concern for their people and garner a little income and media time in the bargain.

But the issues of the rape and abuse of women and children speaks to something else than love of matriarchy, traditions, and a spiritual base.

These issues present both an opportunity and a danger. An opportunity to pursue donations for projects related to addressing them while admitting at the same time that they exist and are out of control so the approach has been one of denial and silence.

Other forbidden topics are the murders of Annie Mae,Ray Robinson, unmarked graves, and WK2-express an opinion about any of these contrary to the party line and you are a fed, turncoat, and all the rest of the bs.

A sub text of that is anything that questions the “integrity” of AIM or it’s one percenters firmly entrenched at the top-the apex predators -is verbotten in the finest of SS tradition.

It is highly encouraged to speak in glowing term of these one percenters, mount a defense against those who don’t, and to do anything possible to visually or verbally associate oneself with them-waving the banner, wearing the shirt, and posing for a photo with one or all is taken to be a sign of devotion and commitment that earns merit points and serves to qualify you as a “real Indian”.

There are those who address these forbidden issues, organizations have been created to that end, as well as safe houses and counseling centers-those involved aren’t interested in the AIM wannabe warrior version of political correctness, they have removed the blindfold from their eyes and the gag from their mouths.

They are the ones who in real time are politically correct as their focus is to meet and fill a need, to serve, and as such should be supported both financially and verbally.

AIM is in desperate need of an internal shake up-rank and file members are viewed as numbers, a statistic to “lead”, not as equals or a voice that has the right to contribute anything other than money or a presence at rallys to augment the head count-that is the extent of their inclusion.

National issues or decisions related to AIM are never, have never, been presented as a referendum allowing any other than “leadership” to have a hand in the decision making process-this is about as Wall Street, as Corporate front office as could be affected.

The response to Wall Street and the one percenters has been the Occupy movement-I say it is time to Occupy AIM-to confront and expose.

An occupation movement to draw attention to and vocalize the inequities, to demand transparency, and a financial accounting.

No ongoing calls for donations to fund projects that never quite get off the drawing board, and possibly were never intended to.

There would have been no drug dealing, or an influx of communist money and philosophical mentoring. No Peltiers, no Grahams, Bellecourts, Means,or Banks.

Leadership would have resulted from a process of selection by the rank and  file and would have actually been a peoples movement rather than the gastric bypass of it’s founders-what we have instead is a cadre of petty tyrants who aren’t even able to win elections in their own communities, who make arbitrary decisions based solely on how it serves them.

AIM is a pyramid scheme with those who got in on the ground floor reaping the benefits while those lower down are left to wander about marketing whatever product is being dispensed in the hopes of incrementally moving up the corporate ladder.

A part of it is identifying oneself with the movement-those t-shirts, banners, and bumper stickers the consumer division offers for a fee to fund and insure the continuation of the “good work” and maintain the lifestyle leadership has become accustomed to believing is their due.

One of the greatest marketing ploys ever has been free advertising blazoned across a shirt or hat with the consumer paying to advertise for you-and we see it everywhere.

One of the pitfalls with movements, organizations, and even some charitable organizations is that early on as they gain  momentum a little revenue begins to flow in and too often those in a position to will take it in another direction turning it into a cash cow and focusing on the revenue-this is exactly what happened with AIM to the extent that it became a good ol’ boys club leaving bodies in it’s wake.

Apparently there are those who have no issue in accepting that-I’m not one of them.

The above drawing is by the same artist that did Rez Dog, and it is a privilege to display and use them in this blog.